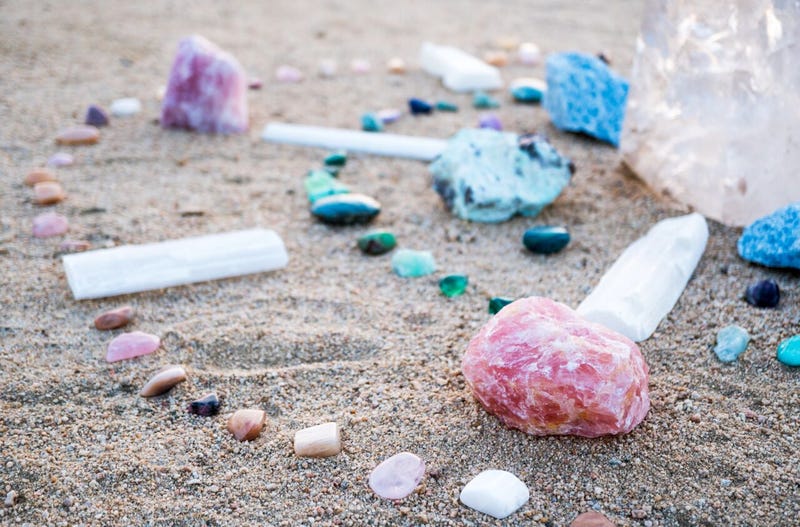 There are plenty types of crystals to choose from. Courtesy of Energy Muse

You may still associate healing crystals with niche meditation communities and your cool aunt who travels the world for yoga retreats, but there’s no denying their newfound and widespread popularity.

In the last few years, crystals have become a staple at Mary Kate and Ashley Olsen’s fashion shows, popped up on Kylie Jenner’s Instagram feed, and lined the shelves at every trendy retail store. Their powers are praised by everyone from Wall Street millionaires to Victoria’s Secret models. Kim Kardashian West has even harnessed their appeal to sell fragrances.

But while the allure of healing crystals is difficult to ignore, it can also be difficult to understand what they’re meant to do. Of course, there is no scientific evidence to support the use of crystals, and any experiences with positive effects are purely anecdotal. But for the interested and uninitiated, INSIDER asked crystal healer Azalea Lee and co-founders of Energy Muse Heather Askinosie and Timmi Jandro to explain the basics of using healing crystals.

Healing crystals can help give you power and clarity.

As a crystal healer, Lee sees herself as a spiritual, emotional guide. She uses crystals as tools to draw out weaknesses and facilitate opportunities for growth.

“[My clients and I] begin by talking about what is bothering them,