Witches ointment is an ointment or paste with which people (mostly women known as witches) are said to have rubbed themselves in order to fly to the witches sabbath in the late Middle Ages and at the time of the early modern witch persecutions. 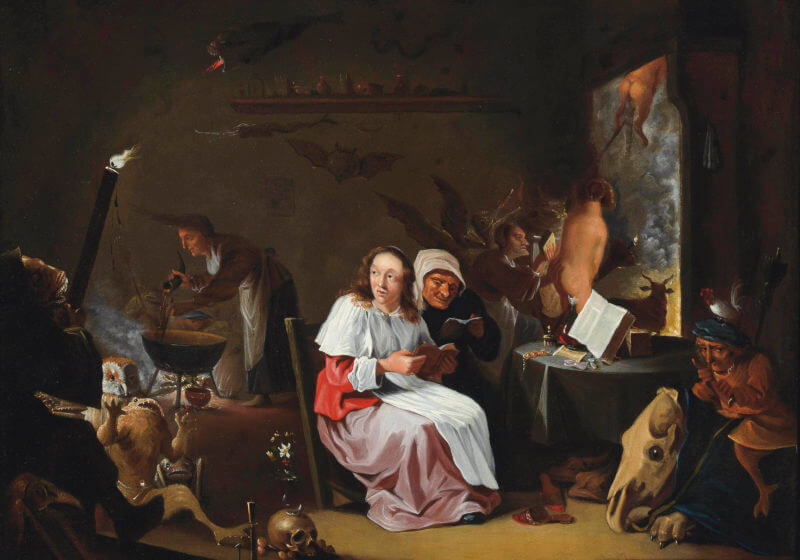 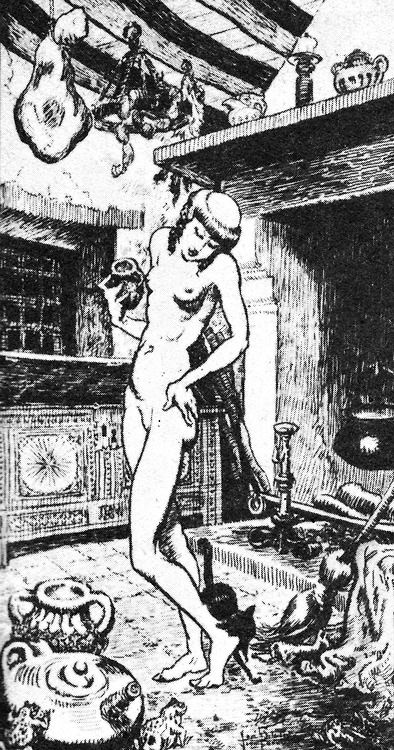 Witch ointments are ointment preparations made from psychoactive substances (especially from nightshade plants), the use of which can cause hallucinations or delusional dreams. To stigmatize “witches” as evil and demonic the “fat of children” is regularly mentioned by those who led the burning times to its horror climax.

The misogyne psychopath Heinrich Kramer (Institoris) describes in 1486 in the second part of his infamous Malleus Maleficarum (Hexenhammer, Hammer of the Witches) that witches could rise in the air because of an ointment made from children’s extremities. Even Francis Bacon listed as the ingredients of the witches ointment “the fat of children digged out of their graves, juices of smallage, wolfe-bane, and cinque foil, mingled with the meal of fine wheat.”

Apart from these herbs mushrooms like the Amanita muscaria, commonly known as the fly agaric or fly amanita and ergot or the poison of toads (bufotenin) were used to trigger psychotropic effects, like out of body experiences, seeing Elemental and nature spirits, flying through the air or intense orgasms. Pigs fat was used instead of childrens’ fat.

In the ages these ointments were used frequently they made many casualties because of their toxicity and the problem that it is very difficult to estimate how much of the active psychotropic substance a herb contains. This differs due to ground quality, time of the year, weather, condition of the plant, moment of picking etc.. Even in modern times experimenting with these ointments can be fatal. The German historian, occultist and theosophist Carl Kiesewetter for exemple, author of Geschichte des Neueren Occultismus 1892 and Die Geheimwissenschaften, eine Kulturgeschichte der Esoterik 1895 died while testing an witches ointment recipe on himself.

To make a long story short: experimenting with witch ointment herbs is NOT advisable! 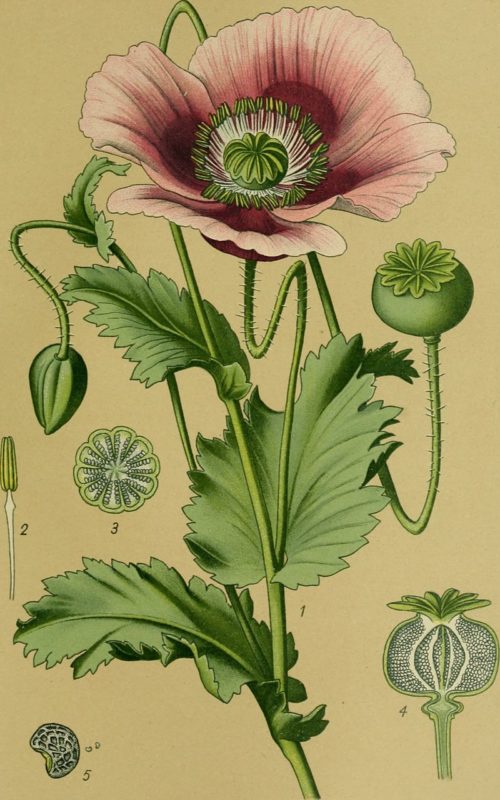 One possible key to how individuals dealt with the toxicity of the nightshades usually said to be part of flying ointments is through the supposed antidotal reaction some of the solanaceous alkaloids have with the alkaloids of Papaver somniferum (opium poppy). This is discussed by Alexander Kuklin in his brief book, How Do Witches Fly? (DNA Press, 1999).

This antagonism was claimed to exist by the movement of Eclectic medicine. For instance,

Witches, dressed in black, flying through the night skies on broomsticks, casting spells and conjuring mayhem for mere mortals down below. It’s a big part of Halloween—as well as supernatural—lore, for sure. But how exactly did this legend come to be?

In a word: bread. In Europe, during the Middle Ages and the Renaissance, the doughy stuff was usually made with rye grain, which, under the right—or, rather, wrong—conditions can become a host for ergot, a fungus that grows on rye in damp weather. When consumed in high doses, ergot can be downright fatal. In smaller doses, it acts as a potent hallucinogen. (Witness LSD, which is a derivative of ergot.) Records from 14th to 17th century Europe mention an affliction with “dancing mania,” with groups of people dancing through streets, often babbling gibberish, and foaming at the mouth until they collapsed from sheer exhaustion. Those who experienced this “mania” firsthand would later describe the wild (and, apparently, wonderful) visions that accompanied it. It was only a matter of time before resourceful types figured out how to use ergot (along with other plants such as nightshade) for hallucinatory, see-the-pretty-colors purposes. But here’s the rub: When consumed orally, these hallucinogens can display nasty side effects – nausea, vomiting, and unsightly rashes, among them. Even so, our intrepid party animals weren’t about to give up their good times that easily. After some trial and error, they set out to find a way to partake in the same purple haze, without the unpleasant side effects. The solution, they discovered, was letting ergot absorb into the skin. And the best parts of the body for absorption were the sweat glands in the armpits and the mucus membranes of the “nether regions”. So these makeshift pharmacists developed ergot-infused balms—or “witches’ brews.” But here is where they got really crafty. To deliver those salves with maximum effectiveness (and, one would imagine, the least amount of mess), people turned to the most common of household items: the broom. In short, they used ointment-soaked broomsticks—or, more specifically, the handle of the brooms—to reach into the nether regions and get high, or “fly.” Another reason brooms may have been employed for intoxication: They were commonly used in pagan rituals, such as marriage ceremonies since they were believed to possess “energies,” both male (the phallic handle) and female (the bristles).

Here, however, is where things get really interesting. Ergotism, or ergot poisoning, has been traced to other outbreaks of bizarre behavior. In fact, Massachusetts in the late 17th century may have been the unknowing victim of an outbreak of rye ergot. Some believe that those same convulsive symptoms may have led to charges of witchcraft and the subsequent hysteria leading to the Salem witch trials in 1692 and 1693. In all, 19 women and men were convicted as witches after they, or children in their presence, acted as

Song of the Heart

Life is an interesting journey. These are journals, stories, reflections of a traveller of this journey. (songoftheheartsite@gmail.com)

Mark All My Words