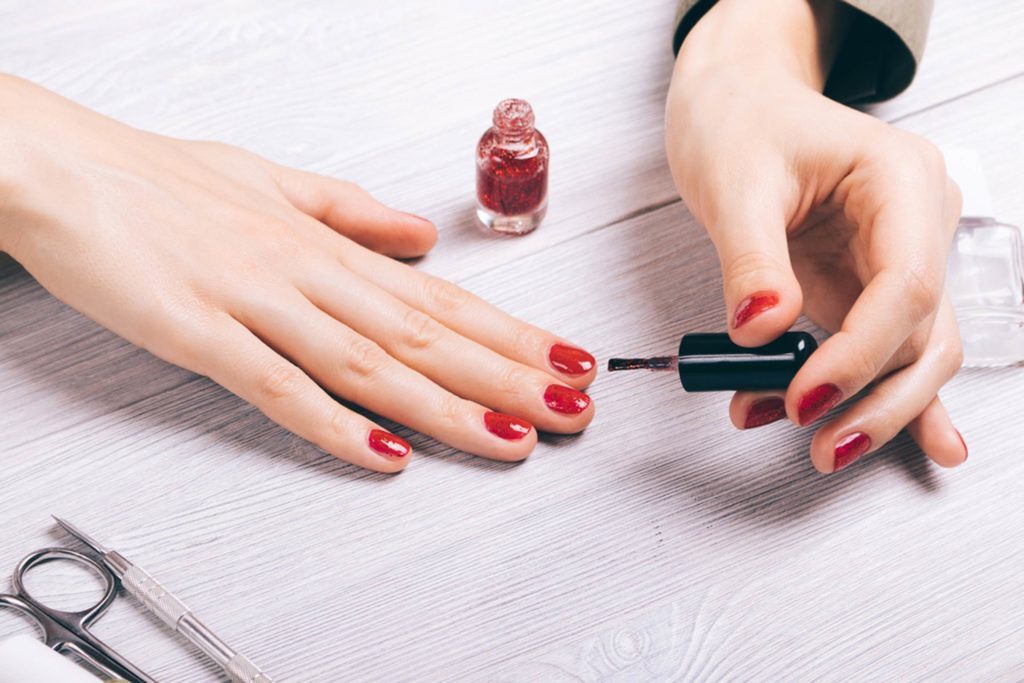 Think about it: What, exactly, goes into making your favorite nail polish colors? (Here’s what each nail polish color reveals about you.) If you’ve never taken a close look at the ingredients in your nail polish, you might want to start now. Some of them can pose a significant hazard to your health.

A study by researchers at Duke University and Environmental Working Group suggests that simply applying the polish to your nails could allow a dangerous compound called diphenyl phosphate (DPHP) to seep into your body. DPHP is created when your body metabolizes the chemical triphenyl phosphate (TPP), and scientists believe that TPP could disrupt hormones in people and animals.

Researchers tested the urine samples of participants both before and after their manicures. About 10 to 14 hours after getting their nails painted, the participants’ DPHP levels were seven times higher than they were before the experiment, on average. The levels continued to rise until they reached a peak and decreased about 20 hours later, the study found. Sounds scary, right?

Unfortunately, even nail polishes with toxin-free labels may not be safe, according to a new California report. Many of the nail polishes tested in the report contained the toxin toluene, which could cause birth defects and developmental problems in children of pregnant women who are exposed to it for significant periods of time. Researchers also found dibutyl phthalate (DBP) in some nail polishes, which has been linked to birth defects in lab animals.